Blog: When cable goes wireless, is there any room for a cable company then?

Most of us are wireless most of the day, or even all day. Our mobile phones are wireless all the time, our computers are mostly without cable connections nowadays, and we carry around a heavy load of wireless devices constantl 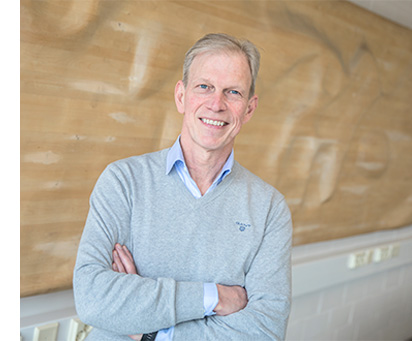 y connected to a network.

But when we look at the industry today, wireless solutions are not considered sufficient nor trusted for many applications. There are security issues and there are also genuine time issues, because of response times that need to be kept to a minimum as well as network delays. For low band width applications, it may be considered good enough, but there is a general skepticism in the industry that is not easy to overcome, and which, in many cases, is justified.

So, how can a worldwide cable company that makes a living from hard wired connections argue that wireless technology is a good thing?

It all comes down to variation and the freedom to choose. In many cases it is all about signaling (power is not yet wireless for commercial use) and signaling is like water – it must pour through to reach its goal. It is not always sufficient to use canals; thus, we also use rivers or tubes. The same goes for signaling to and from machines. It can be wired, but for some distances it can be wireless. The same applies to simple measurement systems that do not need to be in real time. Just put together a measurement system, a battery and a simple wireless device, and you are free to choose any point for your measurement. In addition, picking a simple protocol with natural encryption makes it safe, like LoRa. Some people have high expectations for 5G as an ideal solution for high-speed, reliable mobile networks for the industry. Maybe it will be.

Thanks to its acquisition of SKS Automaatio, Lapp Group has taken another step towards becoming a one-stop-shop device manufacturer. Since the world of connectivity is changing and connections are advancing from multicore to network protocols, such as from Ethernet to IIoT protocols over wireless connections, it will be essential to follow the customer’s needs, demands and technology development. There is also another path, such as power transmission over Ethernet, that over time might change how we actually wire up our homes or other devices. Power goes over a network.

Technology is changing constantly, and even if some technology fields, like control systems, have been quite conservative, there is now just as clear a technology change in Industrial Data Communication as we saw in the late 1980s and early 1990s when Apple talk, Ethernet and Novel Netware competed to take control of office networks. How many actually remember Netware today?

Everyone needs to adapt – to adapt or to fall behind. Cable companies that do not accept wireless solutions will – like diesel car manufacturers that do not respect electric cars – eventually disappear.